The KuneKune Pig breed (pronounced cooney-cooney) was once near certain extinction. These delightful pigs were only found near the Maori Islands of New Zealand. They were kept by the Maori people and were allowed to roam around their villages.

The origin of the breed is somewhat uncertain, as there is a lack of documented information on its introduction and early population numbers in New Zealand. The general consensus is that the KuneKune were probably brought to New Zealand in the 1800’s by whalers operating in New Zealand waters, and were traded with the Maoris. Pigs with similar characteristics occur in Asia, South America, and the Polynesian Islands, but the resemblance is slight and suggestive only of a possible common ancestry. 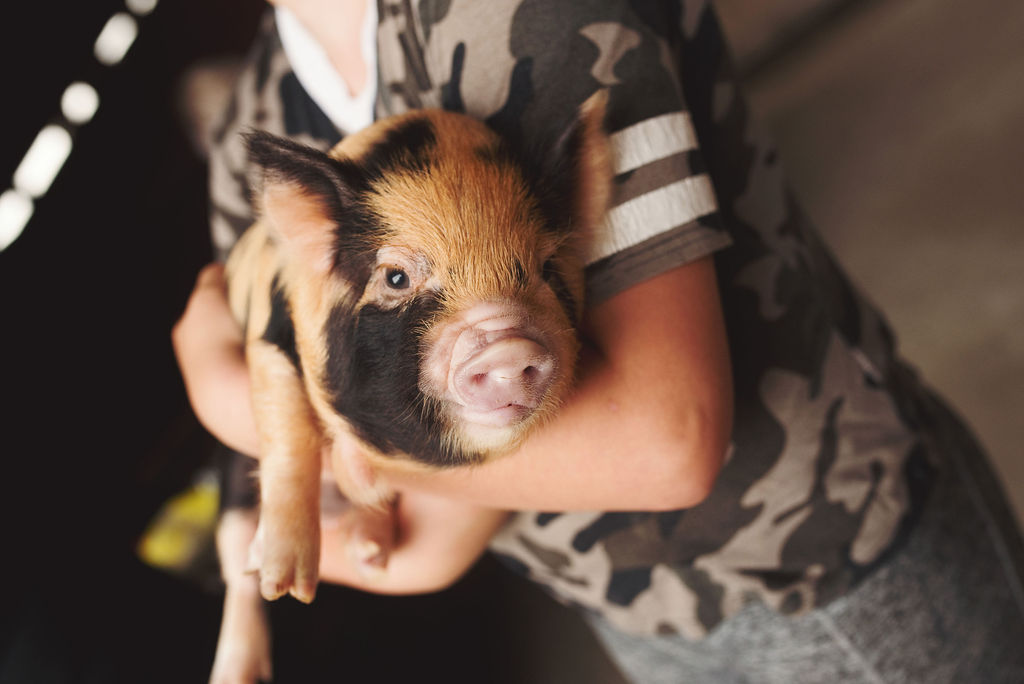 The history of the breed is one of a close association with the Maori people, and in the early 1900’s were usually only found associated with Maori settlements. In early times the KuneKune were prized for their placid nature and their tendency not to roam, as they have always been a domesticated pig.

In the late 1970’s the breed was ‘rediscovered’ and at that time it was estimated that there were only about 50 purebred KuneKunes left in New Zealand. From purebred base stock of only 6 sows and 3 boars in 1978, the KuneKune conservation program was created by wildlife park owners Michael Willis and John Simister. These two gentlemen single handedly saved the breed from extinction. Once more herds were established in New Zealand, it became clear that exporting of the breed was important. They were afraid that if disease or other natural disasters struck in New Zealand this would wipe the breed out completely. In 1992 the first KuneKunes left New Zealand to go to the UK. Additional stock was sent to the UK in 1993 & 1996.

All KuneKunes in the United States go back to either direct New Zealand or UK imported stock. There have been five importations of KuneKune pigs into the USA occurring in 1996, 2005, 2010, and 2012. The first importation of KuneKunes occurring into Canada in 2012 – making them a relatively new breed of heritage pig across the Canadian Nation.

The KuneKunes are known for their extremely docile and friendly personality which is unmatched by any other breed of swine. They are extremely outgoing and love human interaction. They are a grazing breed of swine and as such prefer to graze on grass. Their short and upturned snouts make them suitable grazers and less prone to rooting found in other breeds. KuneKunes are known for having 2 wattles found under their chin. They have little to no desire to roam and do not test fencing. KuneKunes are still fairly rare in North America, but are gaining popularity very quickly, finding their niche in many different markets.

Get the latests updates from Schuurman Farms

You have Successfully Subscribed!